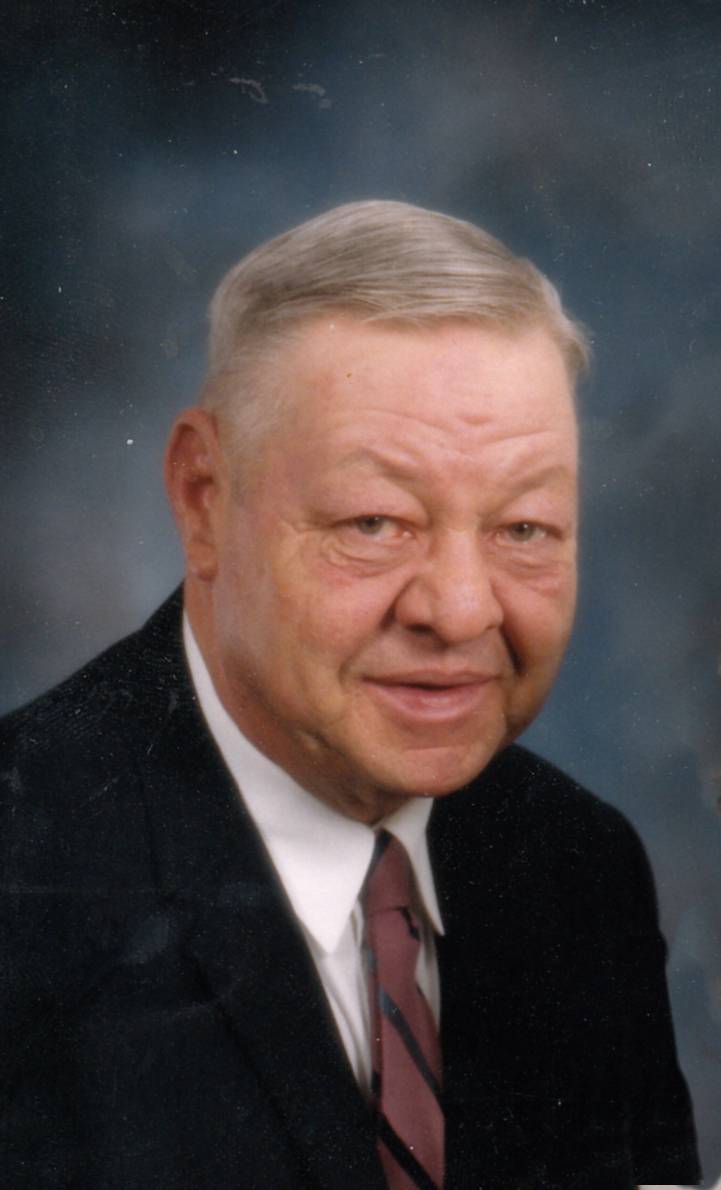 Mass Of Christian Burial will be 10 AM, Thursday, September 1, 2016 at St. Patrick’s Catholic Church, Wapella, IL with Rev. Fr. Dustin Schultz celebrant.  Burial will follow at Memorial Park Cemetery, Clinton, IL with Military Honors. Visitation will be 5 – 8 PM Wednesday, August 31, 2016 at the Calvert Funeral Home, Clinton, IL. Rosary will be 4:30 PM at the funeral home.

Memorials may be directed to St. Patrick’s Renovation Fund.

He was preceded in death by his parents and 1 brother, Floyd Dean Mollet.

James was a member of St. Patrick’s Catholic Church, Wapella, IL.  He farmed for over 50 years in the Wapella area and was an avid Notre Dame fan.  James was an Army veteran.

The family would like to thank ICU nurses Becky and Paula for their care and to Bob Bray for his special friendship to Jim during this difficult time.

Harold Eugene Rice 87 of Terre Haute, Indiana formerly of Sullivan, Indiana went to be with his Lord and Savior, 7:30 A.M. August 24, 2016 at Harrison Crossing, Terre Haute, IN

Services will be 10:30 A.M. Saturday, August 27, 2016 at the First Baptist Church, 611 North Wolfenberger St., Sullivan, Indiana 47882 with the Rev. Darrell Rice, Pastor Wayne Unger and Pastor Kevin Szwarga officiating. Burial will follow at the Center Ridge Cemetery, Sullivan, IN with Military Honors. Visitation will be 5 – 8 P.M. Friday, August 26, 2016 at the First Baptist Church, Sullivan, IN. Calvert Funeral Home, Clinton, Illinois is in charge of arrangements. 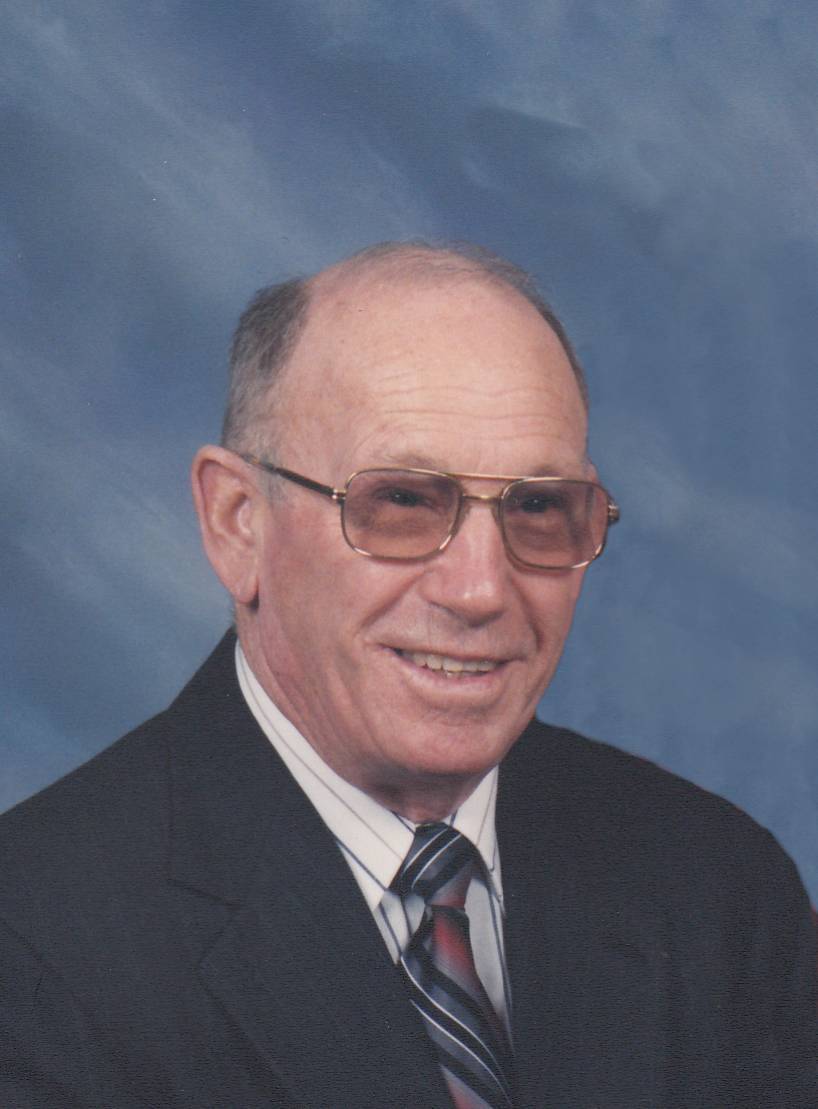 Memorials may be directed to the First Baptist Church, Sullivan, IN or to the American Cancer Society.

Harold was born January 28, 1929 in Gibson County, Indiana, the son of Robert and Margaret (Wallace) Rice. He married Betty June Heldt on February 22, 1953 in Cynthiana, IN.

Harold was a member of the First Baptist Church, Sullivan, IN. He was a army veteran serving in England 1953 – 1955. He farmed most of his life in Sullivan County, IN.  He enjoyed woodworking, with many of his family and friends receiving the fruits of his labor. The two most important things in Harold’s life were the Love for his Lord and the love for his family. 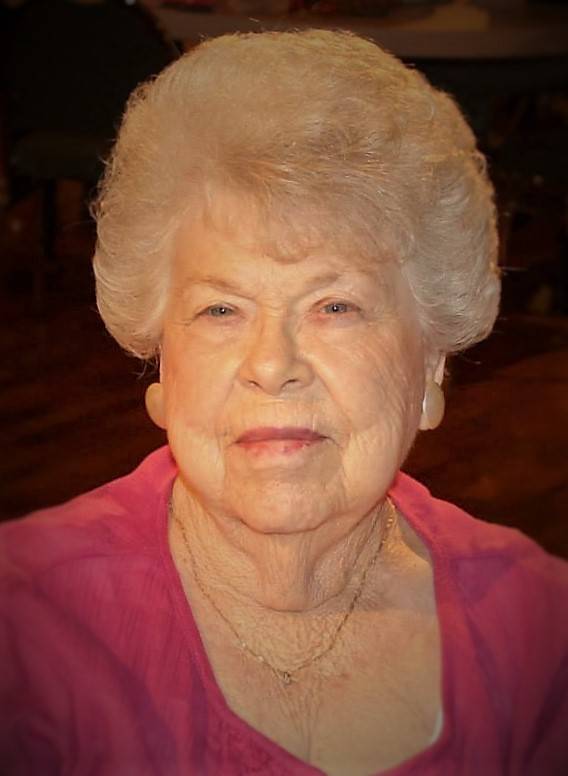 Memorials may be directed to the Clinton YMCA.

She is preceded in death by her parents; 2 sons: Randy Black, Carter Black; and 6 brothers and sisters.

Carolyn was very active in the Clinton YMCA, both as a member, and a volunteer. She enjoyed cooking and volunteering at the Crestview Nursing Home. She was a loving wife, mother, grandmother, and great-grandmother. She especially loved spending time with her grandchildren and great-grandchildren. 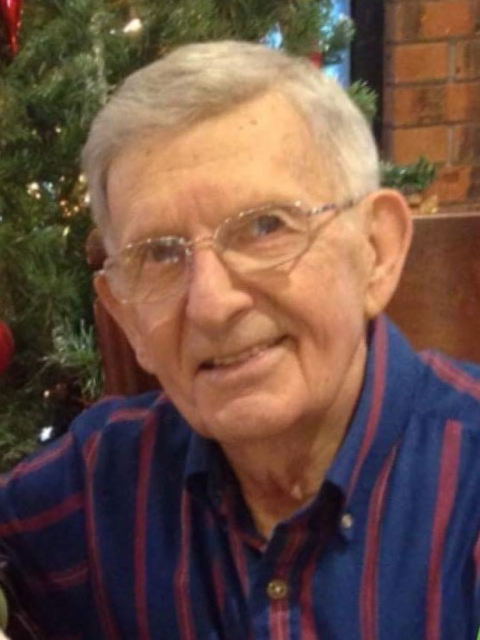 He leaves his wife of 65 years, Leota (Hahn) Lamar; his son and best friend, Gary Lamar and his wife, Jana of Decatur, IL; his daughter, Shirley Hughes and her husband, Randy of Brazil, IN; four grandchildren - David Hughes (Stephanie) Brazil, IN; Deanna Hughes (Chad Clark) Terre Haute, IN; Darcy (Kel) Szajko and Lindsey (Kaleb) Swarts, all of Decatur, IL; ten great-grandchildren; his sister Joann Pazder, and many nieces and nephews.

Born and raised in Chestnut, IL the son of Daniel and Ida (Beard) Lamar, he had been a resident of Mt. Pulaski, IL all of his adult life.

In 1950, he joined the United States Army and fought in the Korean War. While on a brief furlough, he returned and married his sweetheart, Leota Hahn on April 14, 1951 in Lincoln, IL.

After serving his country, Buss returned to work with Koehler Construction in Mt. Pulaski. He built many homes and buildings in and around Mt. Pulaski including the home he built himself, for his family of four, in the fall of 1959 to spring 1960. He resided there until going to Vonderlieth in June.

After he retired, he and his son, Gary, took snowmobiling trips and fishing trips around the country. They spent many hours together restoring their John Deere tractors. He was a member of the Central Illinois Two-Cylinder Club.

Buss was a member of Mt. Pulaski Christian Church since 1963 and had served on the church board as well as being an elder for many years.

At his request, cremation is to be handled by Fricke-Calvert-Schrader Funeral Home with a private, family graveside service to follow at a later date. 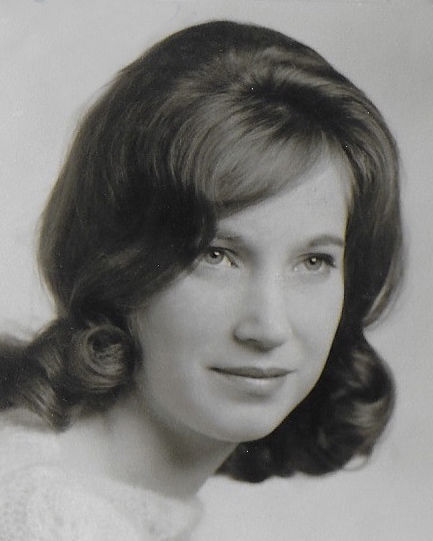 Service: at a later date. Cremation rites will be accorded. 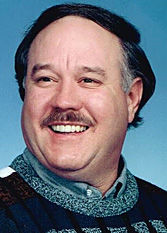 Visitation will be from 10 to 11:30 a.m. Thursday at Quiram-Peasley Funeral Home, Atlanta.

His graveside service will be at noon Thursday at the Evergreen Cemetery, Waynesville, with Dave Taylor officiating. A celebration of life will follow the service at the Waynesville American Legion.

Danny L. Bristow was born Oct. 18, 1948, in Lincoln, the son of Ralph and Polly Price Bristow. He was united in marriage to Shawn Sampson on April 20, 1985, in Waynesville. She survives.

He was preceded in death by his parents.

Danny graduated from the McLean-Waynesville High School in 1967. He was employed at The Eureka Williams Co., Bloomington, and retired from Morton Industries in Morton.

Danny enjoyed many bass fishing trips with his friends and family. He was always trying to hook "the big one." He also enjoyed deer hunting. 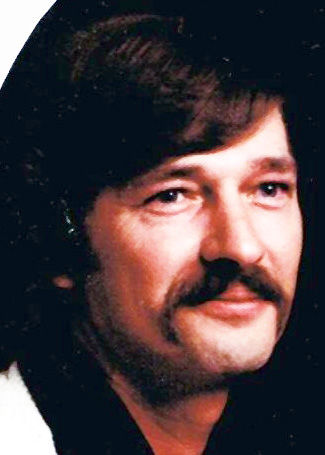 Memorials: to the family. 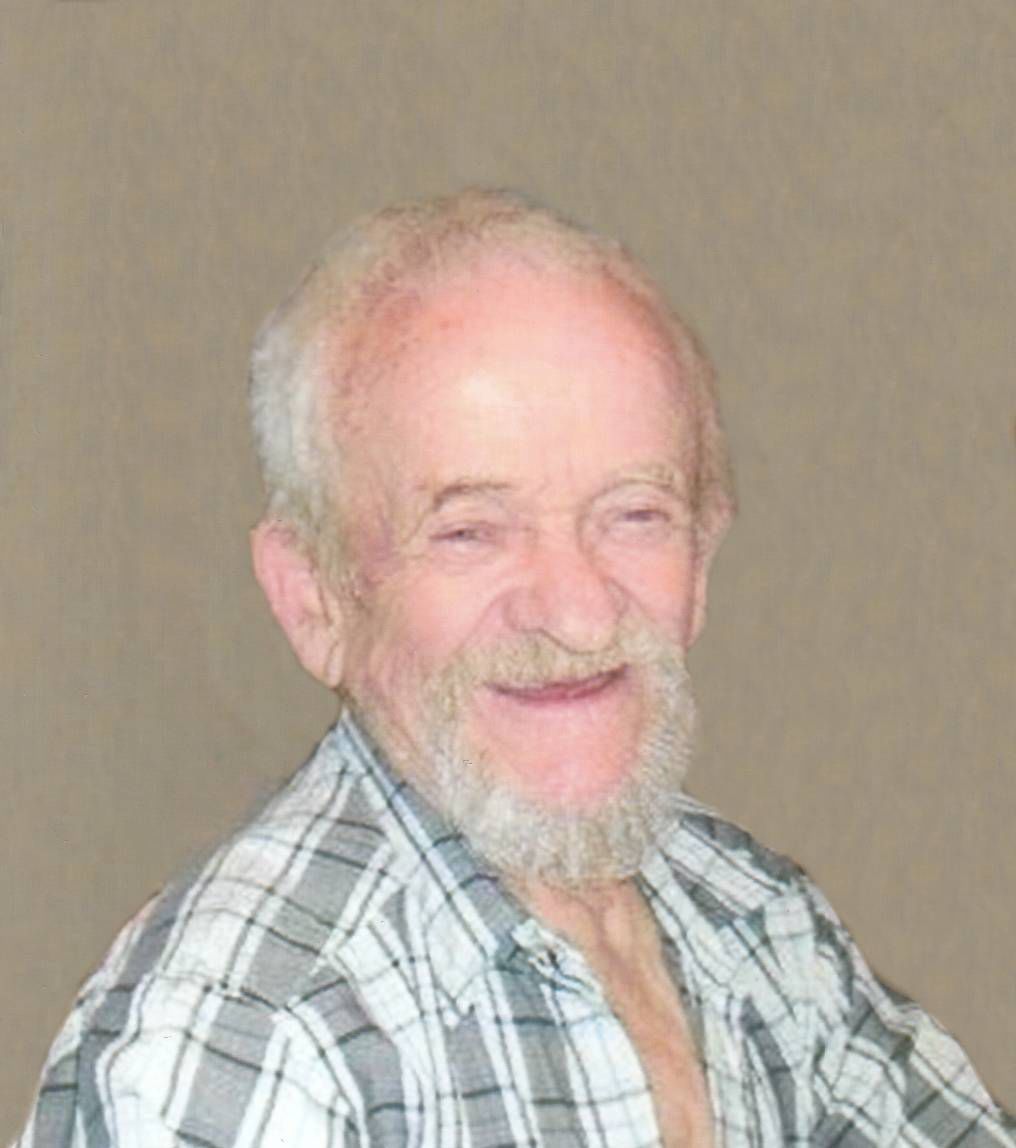 In lieu of flowers, memorials may be directed to the family to assist with Ray’s medical expenses.

He was preceded in death by his parents, two children and one sister.

Ray was a U.S. Air Force veteran. He retired from Revere Copper and Brass after 30 years and loved NASCAR and the St. Louis Cardinals.

Ray was loved by all and never met stranger. He will be greatly missed. 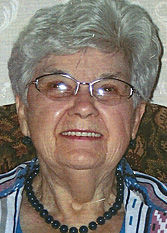 Memorial contributions may be made to LeRoy Manor or the United Methodist Church, Farmer City.

She was preceded in death by her parents; one granddaughter, Misty L. Bonds; and one brother, James C. Vieley.

Helen June was past president of the Parnell Fullerton Club, president of the Santa Anna HEA and served on the HEA DeWitt County board. She was a member of the United Methodist Church, Farmer City; the Farmer City Birthday Club; and the Joe Williams American Legion Unit 55 Auxiliary.

Funeral services will be 12:00 noon, Saturday, August 6, 2016, at Brintlinger and Earl Funeral Home, Cerro Gordo, IL, with visitation two hours prior to service time at the funeral home. Burial will be in Cerro Gordo Cemetery, Cerro Gordo, IL. Memorials may be made to Cerro Gordo American Legion or The Brethren Church of Cerro Gordo. 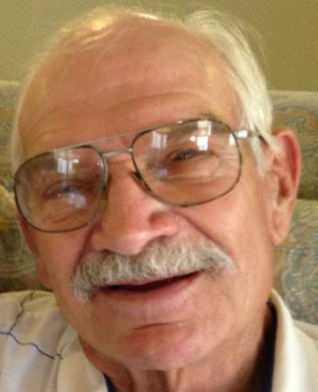 Cliff was born Jan 23, 1930, in Decatur, IL son of Clifton F. Martin Sr and Georgianna (Kropp) Martin. He graduated salutatorian from Cerro Gordo High School, Class of 1947, where he played football, basketball and baseball, but was too shy to give the salutatorian speech. He married the love of his life, Valeria I. Parks on June 11, 1949. He played Fast Pitch softball for the Oakley Panthers and Cerro Gordo VanHorn teams, whom he managed for 3 years. As an exceptional catcher and softball player he was inducted into the Illinois Amateur Softball Association Hall of Fame in 2007. He retired in 1987 from AE Staley Manufacturing Company after 40 years of service. He owned and operated Martin TV Repair service for 30 years. Cliff was a passionate fisherman, who would travel far and wide, sometimes to Canada, if someone said the fish were biting. Cliff won numerous Crappie tournaments over the years and enjoyed taking his sons, grandsons, great-grandsons, and nephews fishing. He was an avid bowler, sometimes bowling on two teams.

The family wishes to thank the staff in the DMH Emergency Room and ICU for all the loving care and support provided to Cliff and his family. The family would also like to thank all our family and friends for your visits, support and prayers, with a special thank you to Pastor Terry Leach, Pastor Rod Hite and Pastor Randy Meador for your visits, comforting words and prayers.

Condolences may be made to the family at www.brintlingerandearl.com.