Services will be 11 AM Monday April 25, 2022 at Calvert Funeral Home, Clinton, IL with Scott Marsh officiating. Burial will follow at Oak Park Cemetery, Clinton, IL. Visitation will be 10-11 AM Monday at the funeral home. Family requests casual attire..

Memorials may be directed to the OSF Children’s Hospital of Illinois, Peoria, IL.

No services are planned at this time. Calvert Funeral Home, Clinton, Il. assisted the family with cremation rites.

Steven was born March 29, 1958 in Clinton, IL the son of Gilbert and Marilyn (Clark) Rubenacker.

Steven was preceded in death by his mother Marilyn Rubenacker.

Steven was a welder and pipefitter for 30 years. He enjoyed camping, dirt biking, and attending amateur and professional motor cross events.

Services will be 10 AM, Friday, April 22, 2022 at the Calvert Funeral Home, Clinton, IL with Pastor Darrell Howard officiating. Burial will follow at Sugar Grove Cemetery, Wapella, IL. Visitation will be 5 – 7 PM, Thursday, April 21, 2022 at the funeral home.

Memorials may be directed to Clinton United Methodist Church or to St. Jude Children’s Research Hospital or a Charity of the Donor’s Choice.

Tom was an agribusinessman and a lifetime resident of DeWitt County. He was a member of the DeWitt Masonic Lodge AF & AM for 65 years and the Clinton Kiwanis Club for 24 years. He enjoyed traveling and flying his airplane.

Services will be 11 AM, Saturday, April 16, 2022 at Calvert Funeral Home, Clinton, IL with Pastor John Roberson officiating. Burial will follow at DeWitt Cemetery, DeWitt, IL. Visitation will be 9 – 11 AM, Saturday at the funeral home.

Memorials may be directed to The National Kidney Foundation.

She was preceded in death by her parents, one son, William N. “Bill” Perring, and 12 siblings.

Ann was a member of the First Baptist Church, Clinton, IL.  She enjoyed the “old-time” Gospel hymns.  Most of all, Ann loved spending time at church and with her family.  She had an infectious smile that would light up a room.

Shirley Lester, age 72, of Lansing IL passed away on April 2, 2022 at Munster Community Hospital, surrounded by her family. Shirley was born on July 26, 1949 to Raymond and Ethel (Elliott) Wolfe in Hammond IN, the youngest of four children. She married Richard Alan Chandler on January 30, 1970. He passed away on June 3, 1984. Survivors include beloved daughter Lisa (Lee) Peacock of Clinton IL, grandsons Ryan (Bree Lane) Peacock and Connor Peacock, brother Lewis “Gene” (Judy) Wolfe, and several nieces and nephews.  She was preceded in death by her parents, her husband, her sister Helen Duke, and her brother Francis “Frank” Wolfe. Shirley was a lifelong Lansing resident. She graduated from Thornton Fractional South High School in Lansing IL.

Shirley worked for Sherwin-Williams in Chicago for her entire career, retiring in 2015 after 48 years of service. Shirley loved spending time with her family, reading (actual physical books – never a tablet!), shopping (especially a good sale!), and Damiani’s pizza.

A private family service will be held at Oak Glen Cemetery in Lansing IL. Schroeder-Lauer Funeral Home in Lansing has been entrusted with Shirley’s arrangements and condolences may be made on Shirley’s online obituary at www.schroederlauer.com.

Ozzie was born January 16, 1947 in Monticello, IL the son of Jack C. and Helen M. (Cobb) Pearl. He married Linda (Humphrey) Peterson December 1980.  He and Linda were married for 41 years.  Prior to faming with Linda for 41 years, he farmed alongside his dad.

He was preceded in death by his parents; aunt and uncle, Evelyn and Dick Butram; and cousin, Linda Killough.

Ozzie graduated from DeLand-Weldon High School and attended Commercial Business College in Urbana.  He worked in the Weldon Post Office and served in the Army in Vietnam for one year.  Ozzie sold insurance with the Clodfelder Agency in Mahomet.

Ozzie loved Square Dance Calling and entertaining various groups and nursing homes for 51 years.  He was inducted into the Illinois Square Dance Hall of Fame which he was very proud of.  He also had a square dance radio program on WHOW.

A time to celebrate the lives of Randy and Sara will be 3 PM, Saturday, April 30, 2022 at Calvert Funeral Home in Clinton, IL with Jason Sniff officiating.  Visitation will be 2 – 3 PM, Saturday at the funeral home.

She was preceded in death by her parents and sister, Sandra Kent.

Sara left this world with a beautiful legacy. She didn’t know a stranger and would take the time to talk to anyone about anything.  Throughout her life she had various jobs but the theme was consistent-her heart was for serving others.  Most recently Sara was an in-home caregiver, something she took great pride in. Her love for and faith in Jesus was evident and made a lasting impact on her children and those who knew her.  When things were difficult, Sara was always optimistic, trusting that things would turn out alright. This served as a foundation of strength for her children, grandchildren and all the many lives she touched with her kindness and generosity.  She was incredibly strong and her character was undeniable. She enjoyed fostering dogs through Second Chance Pet Adoption and was known to keep many of the animals she came to love.  Sara had a passion for gardening and growing her favorite flowers, lilacs and roses.  Her children and grandchildren will forever think of her when they bloom or when their scent lingers.  Sara loved spending time with her grandkids and being an active participant on the sidelines of their many activities.  She will be missed greatly by them and by everyone who knew and loved her.

Memorials may be directed to Second Chance in Clinton, IL

Ron joined the U.S. Navy at 17 years of age and served aboard the U.S.S. Lexington.  He returned to Clinton and later started his own successful paint contracting business, R.W. Webb Painting & Papering, for over 50 years, and continued to work into his 70’s.  One of his greatest joys was hanging out with his friends at his paint shop, where the door was always open for friends to share a good story and a beverage together with R.W.

Loved by all and the best storyteller one could meet, Ron had the greatest sense of humor and enjoyed his family and his friends, a cold beer, and listening to old school country music at Whitney’s Cove.  He loved playing cards, collecting coins, and had a passion for antique cars, car shows, and building model cars at his shop.

He was quick-witted, an avid reader, and a history buff.  Not only was he street smart, but Ron was extremely intelligent and watched “Jeopardy” every day, often beating out the champion each and every time.  Ron always modeled the importance of working hard, putting your best effort forward, and living life to its fullest.

His one and only child, Courtney, was the apple of his eye and his absolute pride and joy.

Ron is survived by his devoted wife of 61 years, Loretta, his daughter, Courtney, and his two grandchildren, Nolan and Elle, who will continue to honor his legacy every day.  He also leaves behind a friend and someone who he considered family, David Waters, who stood by him until the very end.

Visitation will be at 5:00-7:00 PM on Friday April 8, 2022 at Calvert Funeral Home, Clinton, IL. Funeral services will be held at 11:00 AM on Saturday April 9, 2022 at the funeral home with Ernie Harvey Jr. officiating. Burial will follow at Memorial Park, Clinton, IL with military honors. 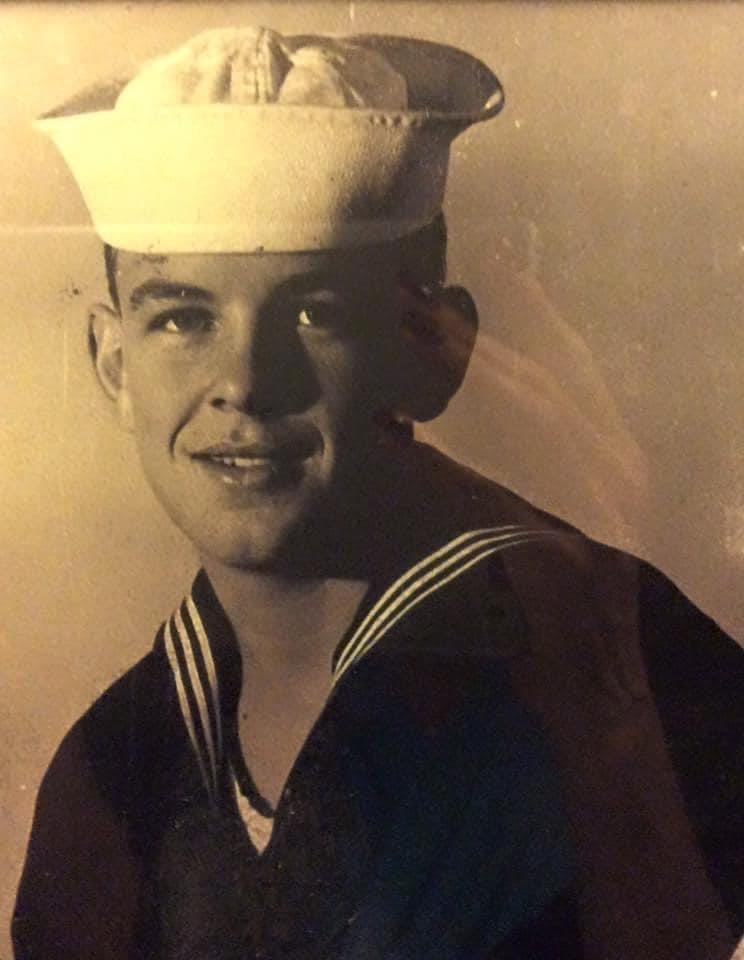